Dr.Naushad Merali and his wife Zarina Merali are founders of the Zarina & Naushad Merali Foundation which fully sponsors several projects that include hospitals, health centres, old-age homes and educational funds for the needy. Emphasis is given to the physically challenged and in this respect; the foundation has sponsored the building of a spinal theatre in Kenya’s leading spinal injury hospital. The foundation also runs various feeding programmes in the region and has actively been involved in sinking of water boreholes in drought stricken areas in Kenya. Recently it has supported the First Lady’s Beyond Zero Campaign toward the purchase of fully equipped mobile clinics and jointly with Kipkebe limited has put up a Magura secondary school in Sotik to complement Government’s effort of providing affordable education to all Kenyan Children. 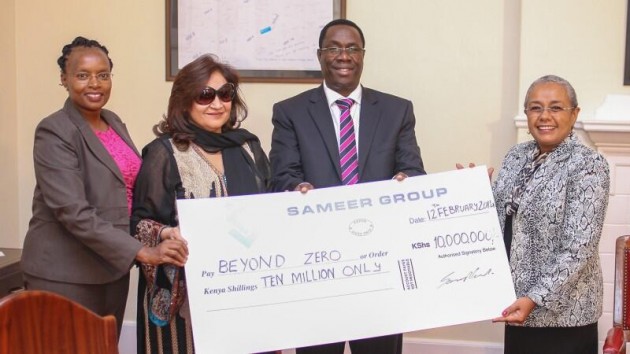 First Lady Margaret Kenyatta has received Kshs 10 Million in support of her campaign to prevent mother and child deaths.

Zarina Merali of Zarina and Naushad Merali Foundation presented the cheque yesterday to the first Lady at State House, Nairobi.

Receiving the cheque, the first Lady thanked the Zarina Merali Foundation and the Sameer Group of Companies for their quick response to the cause and assured them that the money will be used to improve the health of disadvantaged women and children.

She appealed to more corporate organizations; through their corporate social responsibility activities to support initiatives promote the well-being of the disadvantaged groups in the country. “We have to pull resources and ensure that we do not continue losing women and children through preventable causes,” said the First Lady.

She thanked the Sameer Group of Companies through Merali, for offering to make mobile clinics locally available to promote the campaign, saying the move will also help create employment.

“As Sameer Group of Companies, we would like to be part of your campaign to achieve significant decline in maternal and child deaths. ” said Merali.

The First Lady’s Campaign is aimed at reducing maternal and child deaths to below zero by buying mobile clinics that will enable poor Kenyans to access health care in all parts of the country.

The campaign is aptly named, “Beyond Zero.”

Magura Secondary School was officially opened by the First Lady of the Republic of Kenya Mrs. Margaret Kenyatta
Over 200 students mainly girls will now have an opportunity to continue with their secondary education following the opening of Magura Secondary School in Kipkebe, Nyamira County. The Zarina & Naushad Merali Foundation fully funded the construction and equipping of the school. Sameer Group Chairman Dr. Naushad Merali said the school gives opportunity to girls to enroll and study in a conducive environment.

First Lady Mrs. Margaret Kenyatta commended the Zarina & Naushad Merali foundation and Sasini for building the school to cater for the secondary education around the area particularly girls education. “The high maternal mortality and other illnesses can be easily reduced or eradicated by affording the girl child access to education,” Mrs Kenyatta said. 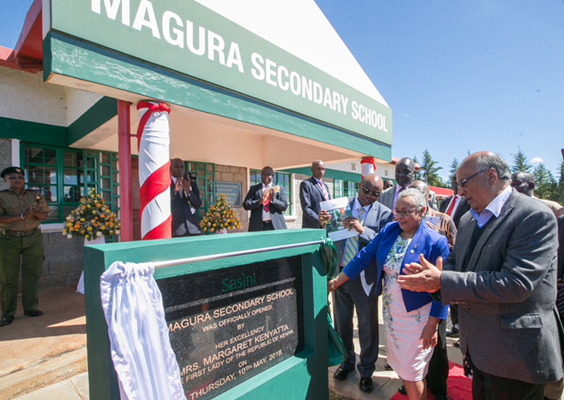 Mrs. Zarina Merali , Founder of the Zarina & Naushad Merali Foundation today hosted Her Excellency Mrs. Rachel Ruto who paid her a courtesy call on 20th March to seek support for one of her noble initiative in aid of starving families in West Pokot and Turkana Counties.

The Zarina & Naushad Merali Foundation gave a donation of Kshs. 1,000,000 towards the initiative. 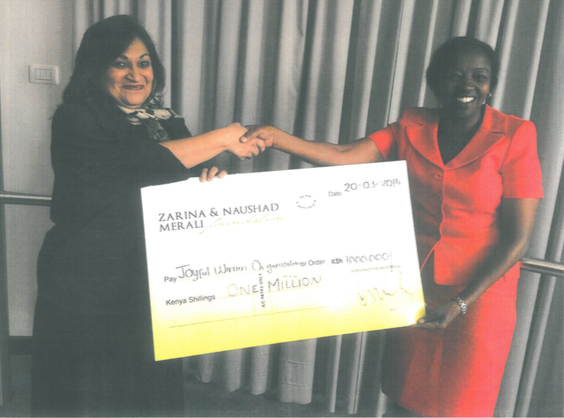 Donation of Ambulances to Kabarak University 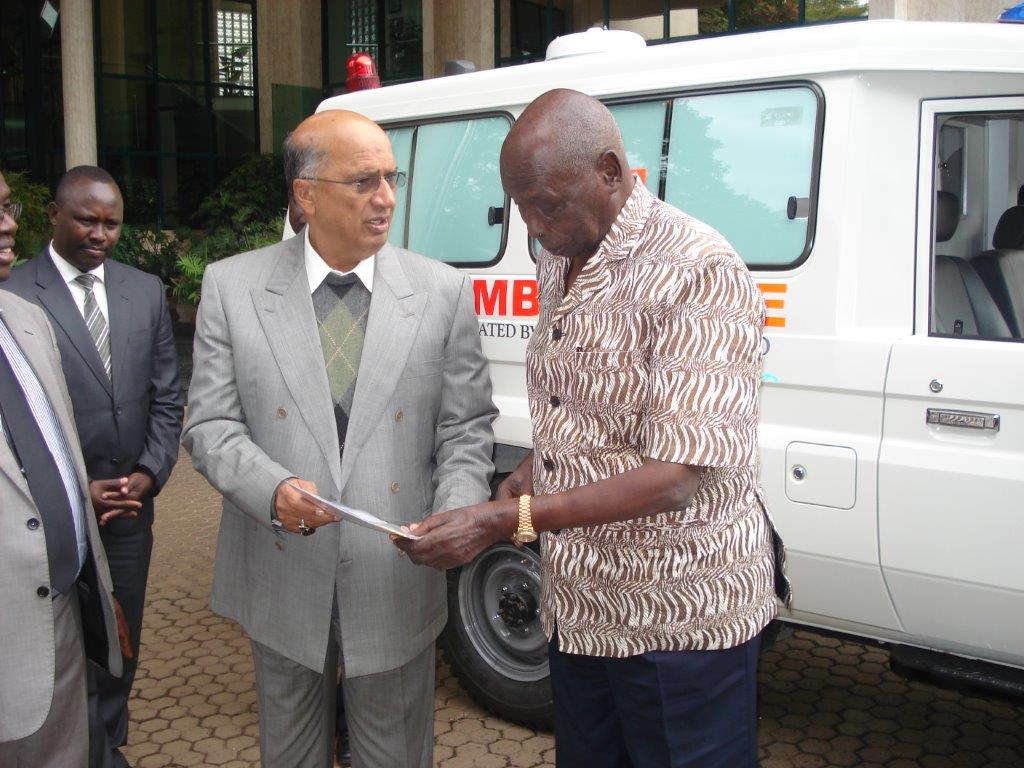 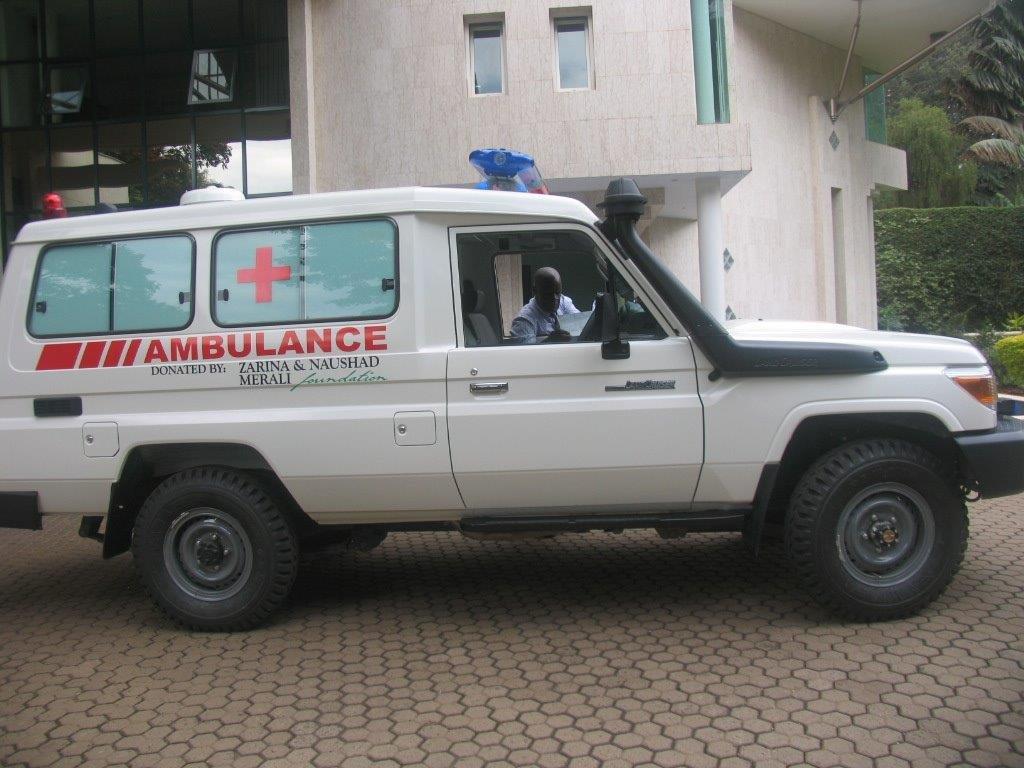 The Kenyatta National Hospital’s bid to overcome shortages of vital equipment’s and expand its services through a turn-around strategy initiated by new management has received a major shot in the arm with business magnate Naushad Merali who is also the Executive chairman of Sameer Group of companies extending a kes.100million donation through his charitable organization.

The Zarina and Naushad Merali Foundation donated the funds to aid the construction of a Kes.278 million fully fledged day care medical Centre. The new Centre will offer same day minor surgical services for walk in patients who do not require overnight management and will house 4 main theatres and 2 minor operating theatres. 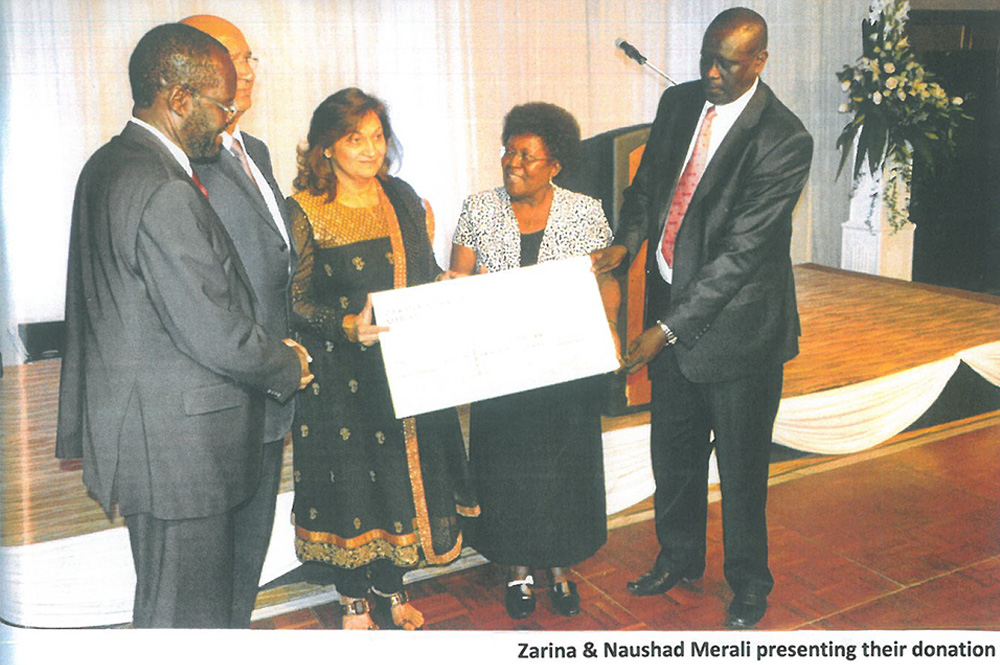